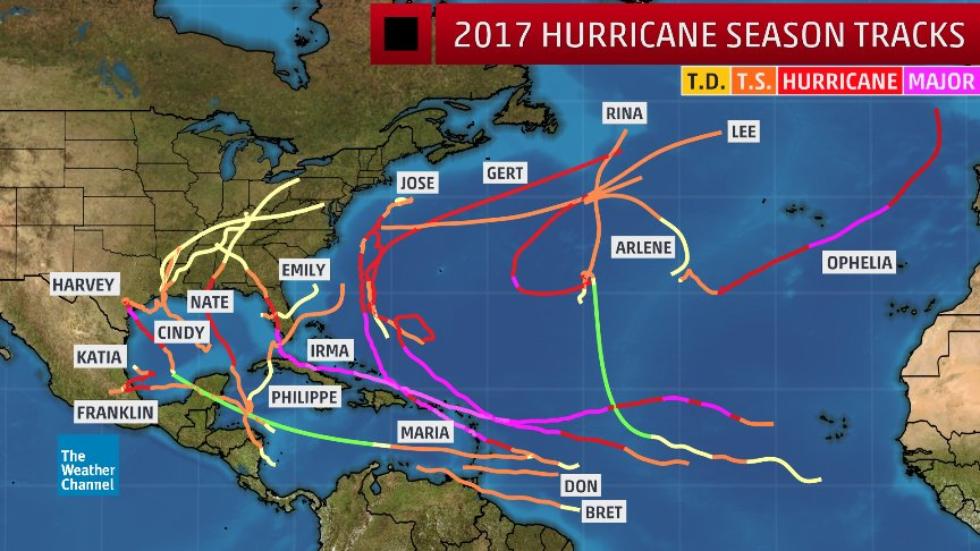 Believe it or not Florida’s hurricane season is less than 90 days away.  If 2017 is any indication of what’s in store for Florida Homeowners, they would be wise to start preparing now.  Early forecasts are for a similar season to 2017 which brought major storms, hurricanes, flooding and power outages all over the state.  If you recognize any of these names it’s because they were all of the storms in 2017:  Arlene, Bret, Cindy, Don, Emily, Franklin, Gert, Harvey, Irma, Jose, Katia, Lee, Maria, Nate, Ophelia, Philippe, Rina, Sean, Tammy, Vince, and Whitney.

The 2017 Atlantic hurricane season was one of the worst on record 17 named storms, ranking it as the 5th deadliest season since 1936. 2017 also featured both the highest total accumulated cyclone energy (ACE) and the highest number of major hurricanes since 2005.  Florida had to endure 10 hurricanes in a row, the greatest number of consecutive hurricanes in the satellite era, and tied for the greatest number of consecutive hurricanes ever observed in the Atlantic basin since records began in 1851. In addition, it was by far the costliest season on record with over  $280 billion in property damage. Most importantly, all of the season’s damage was due to three of the season’s major hurricanes.  2017 is the only season on record in which three hurricanes each had an ACE of over 40: Irma, Jose, and Maria.

Over 9 million homes lost power for extended periods at some point during the hurricane season in 2017.  Over 6 million alone during Hurricane Irma.  Duke Energy, FPL and all other major utilities suffered severe power outages as high winds toppled trees, power lines and the utility grid could not handle the stress.  With the storms and major outages the demand for standby generators outstripped both the physical supply of generators and the manpower to install them.  Generator dealers all over Florida we so inundated with generator purchase request that they essentially shut down.  The backlog of nearly 5,000 residents has finally slowed but just in time for hurricane season to start up again on June 1st.

The Mobile Grid was designed for scenarios like this.  The company sources generators from the major manufacturer, Generac, offering special incentives to Florida homeowners to purchase and install standby generators which will power their entire home for indefinite periods of time.   A home in a high humidity area like Florida will start growing mold in a few hours.  The health and physical damage from mold is far greater than the low monthly cost of ownership of a generator.